IND vs ENG 5th Test Live Score Day 4: India have set England a target of 378, which is well over their highest successful run chase. However, the hosts' openers Alex Lees and Zak Crawley put up a quick-fire century-stand that has knocked off a significant portion of the deficit. England dominated the second session but India went back to the dressing room for the Tea break with a spring in their steps as captain Jasprit Bumrah dismissed Crawley towards the end of the second session. Earlier, Cheteshwar Pujara's 66 off 168 balls was the highest score for India in their second innings as they were all out for 245. While Rishabh Pant, Shreyas Iyer and even Pujara were all looking to score at every opportunity, Ravindra Jadeja was watchful in his 23 off 58 balls. India lead the series 2-1 and are looking to win their first Test series in England since 2007. 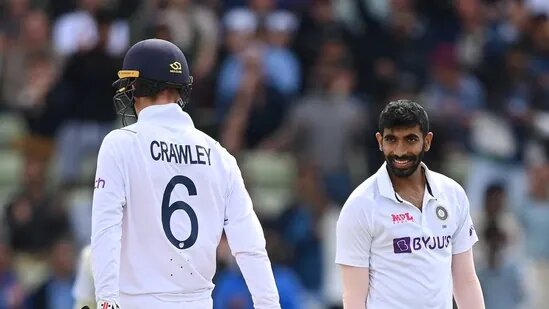