Shastri, who ended his stint as India's head coach after the 2021 T20 World Cup, wasn't convinced of having three wicketkeepers in the team.

The non-inclusion of Ambati Rayudu from India's 2019 World Cup squad had sparked a heated debate in the cricket fraternity, with the batter himself taking a dig at the national selectors for picking all-rounder Vijay Shankar over him.

Heading into the marquee tournament, Rayudu looked like the prime candidate for the No. 4 position before the MSK Prasad-led selection panel went ahead with Shankar.

In response to the selection committee's decision to rope Shankar into the team, Rayudu had shared a sarcasm-laden ‘3D’ tweet that had spread like wildfire on social media. Former head coach Ravi Shastri has also opened up about the muddled team selection, saying either Rayudu or Shreyas Iyer should have been a part of the Indian unit.

Shastri, who ended his stint as India's head coach after the 2021 T20 World Cup, wasn't convinced of having three wicketkeepers in the team.

"I had no say in that (team selection). But I wasn't okay with three wicketkeepers being picked for the World Cup. Either Ambati or Shreyas could've come in. What was the logic in having MS Dhoni, Rishabh [Pant] and Dinesh [Karthik] all together?" Shastri told The Times of India in an interview. The highlight of Shastri's coaching stint was arguably India's commendable show in red-ball cricket. During his incumbency, the Kohli-led unit in 2018-19 became the first Asian Test team to beat Australia in their own backyard. The rise of India's Test fast bowling unit was also a noteworthy achievement during the Shastri-Kohli era.

Jasprit Bumrah, in particular, emerged as a world-class bowler and proved his expertise with the red ball too. Shastri was confident of the Ahmedabad-born pacer to leave a mark in South Africa. Bumrah repaid the faith shown by Shastri by picking up four wickets in Cape Town.

"Cape Town was on my mind almost two months before we had landed there. I and (Bharat) Arun were at a function in Kolkata during Durga Puja when I called Jasprit. It was September 2017, and I told him to be 'ready' for SA. That guy couldn't believe - all he said was 'playing Test cricket is my dream'," Shastri recalled.

"The spell he bowled in the second innings at Cape Town - that's just what we had expected him to do. And that was just the start. He's a quick learner and has a good attitude. The only other bowler in India who took the same amount of time to declare himself to the world - that here's a great - was Kapil Dev," he added.

One can easily see that the market for cricket betting has increased given that the limits the bookmakers offer have increased by a large amount. In addition does more and more smaller sportsbooks offer bets on matches from The Ashes, Twenty20 and so on. It is also noticeable by the fact that the amount of different betting options that have come available for the sport onlinecricketbetting. Now you not only can bet on the individual matches, but also series wins, scores for individual players, bowling figures and many other so-called proposition bets that are too many to list online cricket betting. 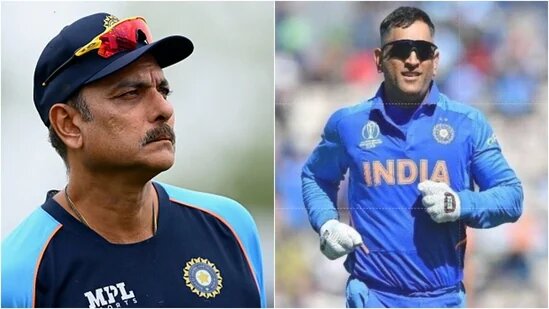