Kolkata Knight Riders’ unbelievable run continued as they took out another big team on their way to the final. KKR have now won seven of the nine games in the UAE leg and we might see them writing one of the most remarkable comeback stories of all time. However, the challenge which they face ahead of them is a pretty big one.

Chennai Super Kings have been one of the more dominant forces in the league’s history and this season has been one of those where they got almost everything right. After failing to make it to the playoffs for the only time last year, it would be a great story if CSK were able to win the title. It should be noted though, these two teams had battled once in a final of IPL back in 2012. KKR had won on that occasion.

Shubman Gill has turned around his season with some quality performances towards the end of the tournament. After not starting the season brightly, Gill will end this year with more than 400 runs (427 in 16 games). He scored a timely 46-run knock in Qualifier 2 against Delhi Capitals. His opening partnership with Iyer has been something of a big revelation for KKR.

The left-handed batter has managed to score 320 runs in the nine games of the UAE leg alone. His form has been a key factor in KKR’s turnaround and change in fortunes. He made 55 runs from 41 balls in the previous match against Delhi which helped his team to stay in front, despite a horrible collapse.

That win was almost undone due to a middle-order collapse which took KKR from 123 for 1 to 130 for 7 in the matter of just four overs. Karthik and Morgan, who are both experienced and sort of leaders of this unit, let the team down with ducks. Though Karthik’s knock might look like a minor blip, there is no hiding away from the fact that Morgan hasn’t been able to find good timing on the ball. Had it not been for his captaincy, he might have been dropped for a foreign player. Don’t be surprised if that happens in the final. 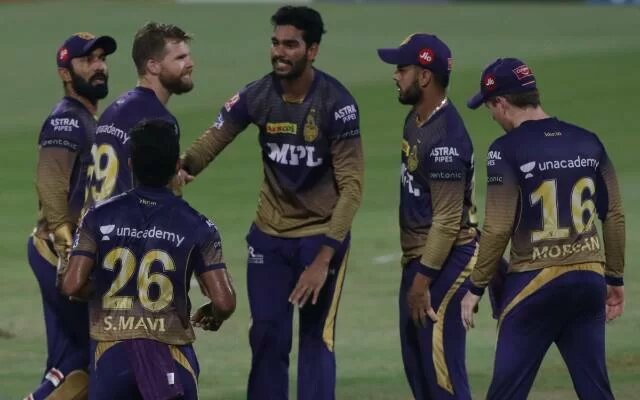