Previous white-ball captain Virat Kohli's presser comments in front of India's flight for the South Africa visit has set off a tempest by uncovering a hidden pressure among him and the managers. Furthermore BCCI President Sourav Ganguly ended his quiet on Kohli touchy comments interestingly since Wednesday saying that the board will manage the issue fittingly.

Opening up on the comments, Ganguly told neighborhood mediapersons on Thursday, "No assertions, no public interview. We will manage it properly, pass on it to (the) BCCI."

Months later Kohli had ventured down from his job as a T20I chief, Ganguly had said that BCCI had requested that he rethink his choice. Notwithstanding, the 33-year-old went against Ganguly's words on Wednesday.

Kohli had said, "Whatever was said about the correspondence that occurred about the choice that was made was erroneous. I was reached one-and-a-half hours before the choice gathering on December 8 for the Test series and there was no earlier correspondence to me by any means since I declared my choice on T20I captaincy."

"At the point when I left the T20I captaincy, I had first moved toward BCCI and suggested them of my choice and set out my perspective before them (office conveyors). I gave the justifications for why I needed to stop T20 captaincy and my view point was gotten pleasantly. There was no offense, no delay and not for used to be I informed that 'you ought not leave T20 captaincy'," he added.

Prior, Ganguly had told PTI in a meeting that the board had mentioned Kohli to proceed as the T20I captain, yet on venturing down from his job, the selectors eliminated him from ODI captaincy also and Rohit Sharma was named the new white-ball commander.

"We had mentioned Virat not to venture down as T20 chief but rather he would have rather not proceed as commander," Ganguly had said. "In this way, the selectors felt that they can't have two white-ball skippers in two white-ball designs. That is a lot of administration." 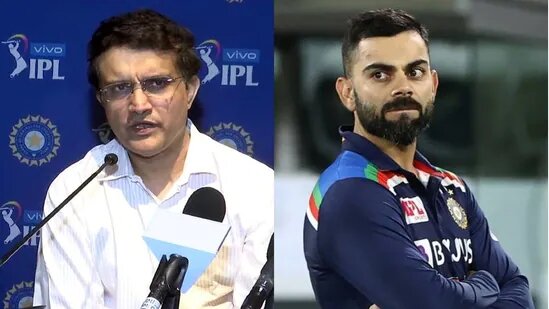